skip to main | skip to sidebar

Any Association member wishing to purchase a copy of the book 'THE CL44 STORY'
should email the Association Chairman asap.

The July Newsletter will be despatched to our 202 members within the next few days and contains the very latest news on the CL44-O at Bournemouth Airport together with several 'never-seen-before photographs of Blue Bell Aviation, Slick Airways and Tradewinds.

Many thanks to the many members who attended the recent re-union in London. One of the highlights was to witness the flypast of the Battle of Britain Flight-did I detect a tear or two as the Lanc, Spit and Hurricane flew over?
The August Newsletter is in the process of being produced and will be mailed out during the first week of August. In the meanwhile, we can report that work does continue on the CL44-O Guppy at Bournemouth (Hurn) Airport. The identity of the chief engineer has been confirmed and the arrival of four Tyne engines has taken place.
Opinions vary as to the future of the aircraft. Is it to re enter commercial service or as commonly thought, be flown to a Museum?
At the same time, it is understood that the same backers have also bought the Shorts Belfast in Cairns. Whilst this is not yet confirmed, our source of information IS close to the action, but anything you can add would be gratefully received.
In the meantime-the Assn Chairman has been invited to attend the 2012 FTLPA re union to be held in Monterey.
Lastly, work on the next book CARGO TRAMPS is going ahead-but we DO need your imput-so lets have those stories!
Posted by Malcolm at 05:44 No comments:

Members-Guests,
PLEASE note that ALL of the re union places have now been taken.
Posted by Malcolm at 11:12 No comments:

Should you still be deliberating on whether to attend the re union (10th and 11th June) or not, please note that we only have very limited in-house HOTAC available for the Saturday evening.(These are twin-bedded rooms) Similarly, only a very limited number of dinner tickets are left. Should your intention be to attend the formal dinner, PLEASE reserve your place RIGHT NOW. For the informal Friday evening buffet and CL44 display PLUS auction, one or two places DO exist as do one or two in house rooms(Double rooms) HOWEVER-BOTH BOOKING LISTS WILL BE FINALISED AT THE END OF MARCH, so please, do not delay-if you wish to contact me-email me asap at swingtail44@aol.com
Posted by Malcolm at 05:19 No comments:

JUST ONE DAY FOLLOWING THE POSTING OF MY PREVIOUS BLOG, I AM HAPPY TO RECORD THAT I HAVE RECEIVED SEVERAL CALLS FROM MEMBERS WHO WISH TO RESERVE THEIR PLACES AT THE DINNER.
SO MUCH SO THAT I CAN REPORT THAT THE SATURDAY NIGHT FORMAL EVENT IS NOW TOTALLY SUBSCRIBED:PLACES AT THE INFORMAL BUFFET ON THE 10TH JUNE DO REMAIN AVAILABLE THOUGH.
email of course is swingtail44@aol.com
Posted by Malcolm at 05:47 No comments: 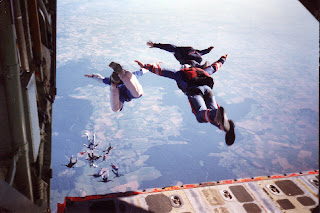 Do YOU wish to attend the 2011 re union on either (or both), the 10th and 11th June at the Royal Air Force Club London? If you have not yet made a firm-(and paid for) booking, may I ask that you do so asap. At this time, we have vacancies for both events (the Buffet and informal get-together plus display of CL44 material and Auction) and for the Formal Dinner on the 11th .
Rooms within the RAF Club are also available but will not be so after the end of March.
Additionally, our next edition of the Newsletter will contain up to the minute news of the Conroy Guppy (S/N16).
Caption for above "Come back, there ARE still some places left at the re union"
Posted by Malcolm at 08:02 No comments:

OUR 2011 RE UNION WILL BE HELD ON 10TH AND 11TH JUNE AT THE ROYAL AIR FORCE CLUB IN LONDON. OUR GUEST OF HONOUR WILL BE A FORMER FLYING TIGER 'CONNIE' AND 44 CAPTAIN - NOT TO BE MISSED.
BOOKING FORMS FOR THE EVENT (DAY ONE IS OUR BUFFET AND INFORMAL GET TOGETHER WHILST DAY TWO IS THE FORMAL DINNER IN THE BALLROOM) HAVE BEEN SENT TO ALL MEMBERS AND WE SUGGEST THAT IF YOU DO REQUIRE 'HOTAC' AT THE CLUB, YOU RETURN YOUR BOOKING WITHOUT DELAY.
MEANWHILE THE FEB/MARCH EDITION OF THE NEWSLETTER WILL CONTAIN MORE DETAILS.
SHOULD YOU REQUIRE A BOOKING FORM, DO PLEASE REQUEST ONE ASAP
Posted by Malcolm at 09:09 No comments: